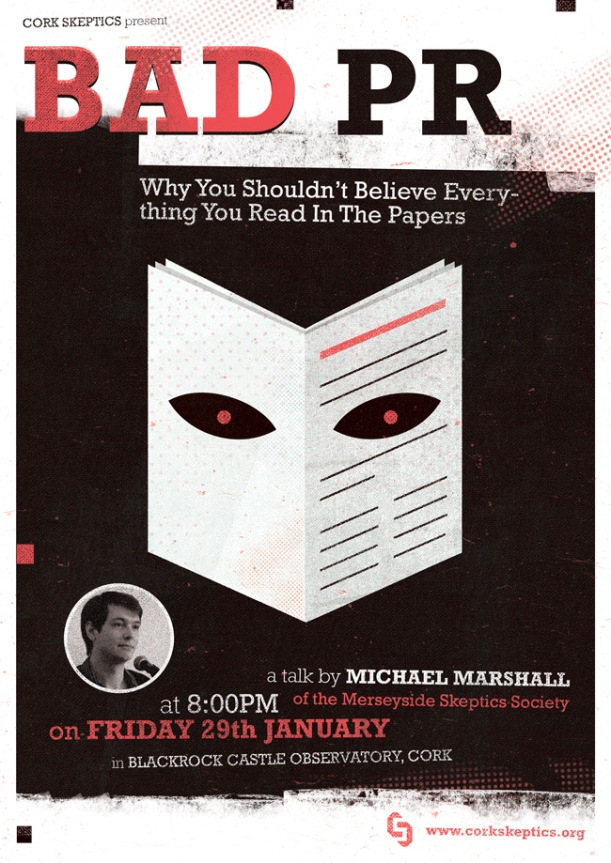 “You can’t believe everything you read in the papers.”

Everyone knows this, but few people realise this truism extends far beyond the celebrity pages and gossip columns, and spills into ‘real’ news. Here, the near-invisible influence of PR companies is often pivotal in deciding what news gets told, and how it gets reported.

By taking a brief look at the history of modern journalism, and using real examples taken from recent headlines, Michael Marshall will show why you really, really can’t believe everything you read in the papers. 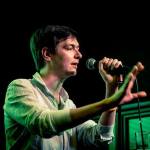 Michael Marshall is the co-founder and vice-president of the Merseyside Skeptics Society and appears on the “Skeptics with a K” and “Be Reasonable” podcasts. Besides organising national and international campaigns against homeopathy, he writes about the often-unsuspected role of PR in modern media at badpr.co.uk.

Michael has written for The Times, The Guardian and The New Statesman, and has lectured for Journalism students at Sheffield Hallam University. He was described by PR Week as ‘fucking brilliant’ and was also once rather amusingly called a series of very rude words by self-proclaimed psychic Joe Power.

This talk begins at 8:00pm on Friday 29 January. The venue is Blackrock Castle Observatory, Cork.

It is free to attend and all are welcome—we look forward to seeing you there!