Many thanks again to Reg Murphy who gave us a great talk on modern art, its impact on the world, and some of the fascinating characters involved. Reg tackled an enormous subject and digested it down to a very clever, understandable reading of the subject. 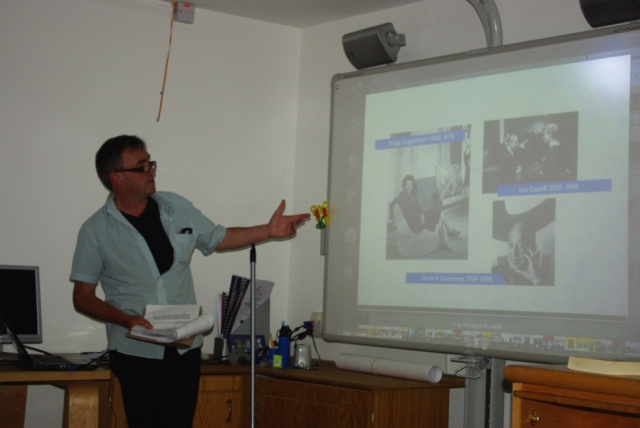 We recorded the meeting on Google Plus, and a rough version is already on YouTube: It needs some straightening out, but we’ll have that video up on the website soon.

At yesterday night’s meeting we covered a few interesting stories from the last month. Here are some links for further reading.

On August 5th, the Mars Science Laboratory(aka “Curiosity Rover”) landed on Mars. It is the largest object ever to land on Mars and the complexity of its landing was breathtaking. If you haven’t yet seen the “Seven Minutes of Terror” video, do it now.

The Curiosity project is an excellent example of the power of science. Had the project team made one incorrect assumption about the atmosphere and environment on Mars, Curiosity would now be a heap of scrap strewn over the red planet. Science doesn’t know everything, but what it does know is pretty damn cool.

Another example of pareidolia, where our minds see familiar patterns where none exist: a face of Jesus was seen in a tree stump in a cemetery in Belfast. Our friends in Belfast Skeptics have a brilliant take-down and some further examples of pareidolia.

Cancer Quackery in the Indo

A health supplement in the Irish Independent had the Internet up in arms on Thursday. Once of the stories related to a man who believes that he could use dowsing to identify and ward against cancer. Brendan Murphy from “Positive Energy” says that a phenomenon known as “geopathic stress” can impact on your susceptibility to cancer. According to a blurb on Murphy’s website:

Geopathic Stress is mainly caused by narrow paths of water about 200 – 300 ft (60 – 90 meters) below ground (also on top of mountains). The narrow water path creates an electromagnetic field, which distorts the earth’s natural vibrations, as these pass through the water. It is in particular the 7.83Hz (cycles per second) which are beneficiary and which we have lived with for millions of years. This is also the optimum part of the Schumann waves and Alpha vibrations. It has been confirmed by NASA the 7.83 Hz vibrations are incorporated into spacecrafts, otherwise the astronauts could only live in space a short time. Certain mineral concentrations, fault lines, moving underground plateaux and underground cavities can also disturb the natural earth vibrations. Strong Geopathic Stress can cause the body’s vibrations to rise as high as 250Hz. The U.S. scientist George Lakowsky confirmed in the thirties that humans (as well as animals) have less chance of fighting bacteria, viruses and parasites above 180 Hz, so they love humans and animals that vibrate at high levels.

What the what now?  NASA you say? Vibrating parasites? Pseudo-scientific nonsense wrapped up in scientific sounding language, you say? Well I never… The problem with promoting cancer quackery such as this is that it preys on some of the most vulnerable people on the planet, diverting them from proper medical care, to (in this case) a guy with a pair of coat hangers. It would be funny if it were not for the stuff he claims to be able to treat.

Back to Northern Ireland, a preacher by the name of Todd Bentley is planning to visit Portadownnext month. Bentley also claims he has a cure for ailments such as cancer. Yes, you got it: a good kicking. We’re pretty sure Bentley is just a cheezy showman with a mouth the size of a football pitch, but UK MPs are being lobbied to ban him from visiting just in case he gets the urge to kick a few sick people on the side. Here are some samples of his live performances:

Many people have commented on the brightly coloured tape attached to the skin of Olympic athletes during London 2012. It turns out that this is Kinesio Tape: magic bandages for gullible athletes. Kinesio tape has a long history, originating from a Japanese chiropractor in the 1970’s. What it doesn’t have is much proof to support the claims that are being made. And so it goes: goodbye Power Balance wristbands, hello Kinesio tape. There’s a lucrative industry in bilking sports people with magic rubbish. 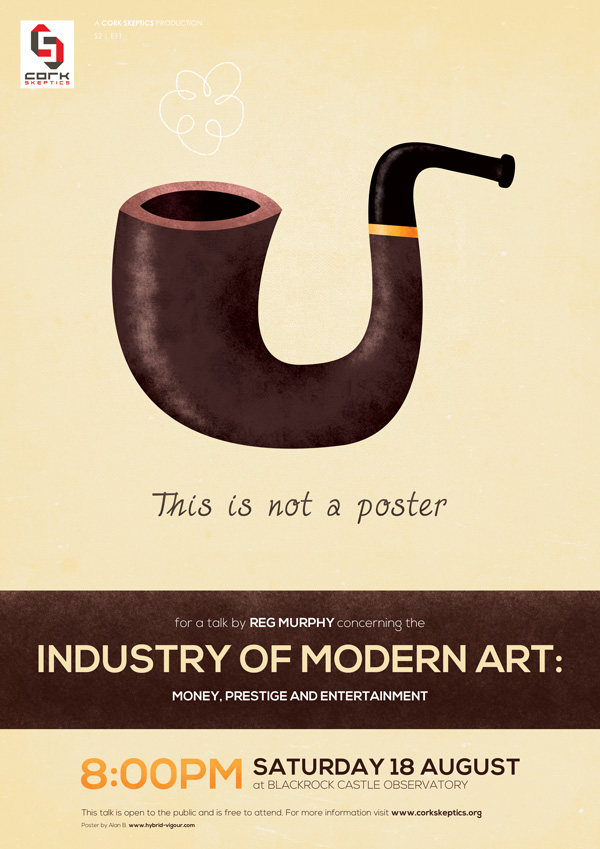 Our next meeting will take place on Saturday 18th August, at Blackrock Castle Observatory, starting at 8.00pm. The talk is by Cork Skeptics member Reg Murphy, and promises to be a fascinating look behind the industry of modern art. Reg has a degree in Fine Art from Limerick School of Art and is an avid art enthusiast. Reg has supplied an outline of the talk below.

In this talk I won’t deal with lofty questions like: what is art? What is the meaning of art? etc.; these are subjective issues best left to philosophers and not truly accessible to skeptical analysis. What I will talk about is Modern Art’s essential relationship with Money, Prestige and Entertainment. Modern Art, for better or worse is a big worldwide industry which employs tens of thousands, entertains millions, generates billions (literally), and causes (occasionally) mass trauma and outrage. Decisions concerning it often go to the highest levels of Government and it is often used as branch of diplomacy.

In a heavily illustrated slide lecture, I hope to give a fun and irreverent (i.e. free of jargon) overview, providing a highly condensed history from French Impressionism to the current day, revealing:

The Artists: Where do I start?
The Collectors: Visionaries, fools or prudent investors?
The Dealers: Smarmy charlatans or the hand maidens of Culture?
The Critics: Vindictive failed artists or heroic cheerleaders?
The Media: Vulgarians or honesty reflecting public bafflement?
The Curators: Elitist snobs or a sincere desire to stimulate the public?
The State Galleries: A waste of public money or vastly important tourist draws?
Government: Arts spending; the role of Cultural heritage and national prestige.

Most importantly, and perhaps not widely appreciated: How visual art became a mass spectacle (a very modern phenomena).

All these elements will build up a picture of the current contemporary art scene and will show that despite stupidity, hubris and greed, the public are the winners and are in fact, greatly enriched.